Welcome to the new subscribers from the U.S., Europe, Middle East, and Africa. It's a joy to share my work and news throughout the world.

I'm in the middle of an exhilarating run with Constellation Theatre, The Love of the Nightingale. It is always a delight to collaborate with director, Allison Arkell Stockman and her amazingly creative designers and gifted actors. I'm playing more than fifteen instruments live on stage. I have also prerecorded some tracks in the highest fidelity available that are used in combination with my live performance. I had these mixed with Grammy Award winning engineer, Jim Robeson at Bias Studios. The result is a live performance with the audio quality of a CD. I encourage everyone to catch this show while it is still running. The production has been getting great accolades in the press with the music also receiving wonderful mention. Here are a few quotes:

"The success of this production depends primarily on the impressive work of percussionist Tom Teasley, who is a one-man band, performing on flutes, drums, and exotic Near-Eastern instruments at the back of the stage, providing a brilliant score, complete with everything from songs reminiscent of Greece and Thrace to the sound of swordplay in the Athenian war." -Barbara Mackay-Theater Mania

"Musical accompaniment by Tom Teasley perfectly accentuates the moments with tympani-like crescendo for gigantic events or the soft whipple of a lark for softer moments. Teasley's mastery of the assorted instruments elevates the experience to new levels by connecting the scenes to the earliest human experience of sound- before there was speech and communication, there was an ancient drumbeat, replicating the heartbeat, and Teasley's rhythms touch the heart and soul."-Debbie Jackson-dctheatrescene

" As for the music it may be hyperbolic, but let's just say that I scribbled " Tom Teasley = Grammy?" in the margin of my notes." -Justin Schneider-DCMetroTheatreArts

" Enlivening it all is Teasley, whose energetic mastery of percussion and wind instruments is always thrilling to see in action." -Missy Frederick- WashingtonianAfterHours

" An interesting and wonderful addition to the ensemble was Tom Teasley, a musician and composer, who provided live music and unique instruments."-April Forrer-MarylandTheatreGuide

"Tom Teasley, meanwhile, returns to Constellation's stage to add his magical touch, using a variety of acoustic and electronic gear to provide musical accompaniment and commentary on the action."-Andrew White-BroadwayWorld

Purchase tickets for The Love of the Nightingale, closing May 25. We are offering a discount code "teasley" for the remainder of the run which will give newsletter subscribers a $10.00 ticket. The discount code is applied at checkout.

I'm also delighted to announce that I have released a CD of this music entitled, The Love of the Nightingale. It features my work on over a dozen percussion instruments as well as flutes, keyboards and more. The inspiration draws from Balkan music which include some interesting rhythm cycles of 5,7,9,11 and even 13. The CD is on prerelease sale at the show and will be available through my site, Amazon, iTunes, and CD Baby soon.

As many of you know, I have been developing a project of multimedia art combining my original music with creative art film. In honor of Mother's Day this month, I'd like to share this amazing piece by Langston Hughes artfully delivered by Charles Williams entitled Mother to Son.

This summer I'll also be touring Argentina to participate in The Patagonia Percussion Festival. More info to follow soon. 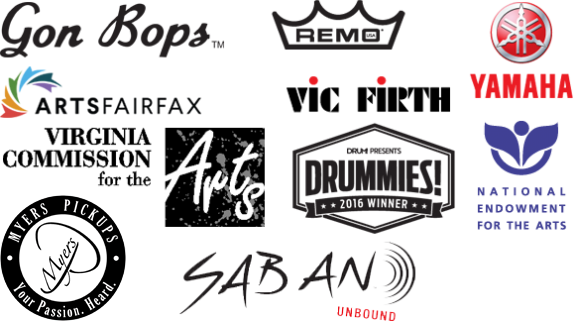 Tom is proud to be supported by The Virginia Commission for the Arts and The National Endowment for the Arts.